These guidelines have been approved by the North Texas Soccer Referee Committee Chairman and the State Director of Instruction.

HOW THE BUILDOUT LINE WORKS

The BUILDOUT LINE is marked halfway between the Midway Line and the top of the Penalty area. Its purpose is to promote playing the ball out of the back in a no pressure setting. When the goalkeeper has the ball, either during play or from a goal kick, the opposing team must move behind the build out line.
Defending team players do not have to move behind the build out line
The goalkeeper may then pass, throw or roll the ball to a teammate (no punting).
Once the ball is in play, the opposing team may cross the buildout line and play resumes.
The ball is in play when the goalkeeper releases it, The ball is in play from a goal kick when it leaves the penalty area. If a goalkeeper punts the ball, an indirect free kick is awarded to the opposing team from the spot of the offense. If the punt occurs within the goal area, the indirect free kick should be taken on the goal area line parallel to the goal line at the nearest point to where the infringement occurred
If the goalkeeper in possession of the ball chooses to dribble the ball out of the penalty area, the opponents are allowed to challenge for the ball immediately
The build out line will be used to denote where offside offenses can be called. 1
Players cannot be penalized for an offside offense between the halfway line and the
build out line. Players can be penalized for an offside offense between the build out line and goal line. If the opposing team encroaches the buildout line, an indirect free kick will be awarded to the defending team at the point where the opposing team touches the ball.
If the Goalkeeper chooses to distribute the ball before all the attacking players have moved
behind the buildout line, but he or she does so accepting the positioning of the opponents and the consequences of how play resumes.

Laws of the Game Changes

Laws Of The Game

For information regarding referee recertification for the 2022 season or information about becoming a referee,  please CLICK HERE

Referees can use the referee game report form to provide feedback on games. 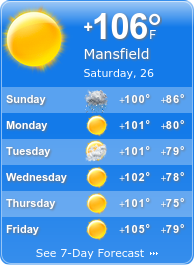